Two devoutly religious boys: one a Chassidic Jew, one a Muslim, both queer. One summer in Israel. An easy friendship turning into a magnetic romance. The weight of the words of the Torah and the Quran on their minds. What does it mean? Where can it lead?

(I received an advanced copy of A Meeting of Two Prophets in exchange for an honest review. Thank you to Judah Tasa and Rainbow Crate Book Box for this opportunity!)

A Meeting of Two Prophets takes a simple, but bold concept—two queer boys from different religious backgrounds falling for each other hard and fast against the conflict-rife backdrop of Palestine/Israel—and examines and discusses the differences and similarities of each boy’s faith, and how those faiths conflict with their burgeoning sexualities with intelligence, grace, and nuance.

Story—★★★☆☆
Moishe is an eighteen-year-old Chassidic Jew who travels to Jerusalem to study the Torah. Mo is an eighteen-year-old devout Muslim boy visiting family members in Israel for the first time. Since capturing a glimpse of a pornographic magazine some years ago, Moishe has shunted his arousal for both the exposed man and woman to the back of his mind. Months prior to his trip, Mo began taking medication and receiving therapy to treat the depression he’s struggled with for years. Treatment has awakened him to the world and also awakened his dormant feelings of sexual attraction.

The boys meet on the plane to Israel, and then again in Jerusalem. They find themselves fast friends, finding an ease and joy in talking to the other despite—and because of—their differences. When Moishe books a brief vacation for them by the Kinneret, the bud of their friendship blossoms into romance.

But their romance goes against the words of both the Torah and the Quran, and the summer can’t go on forever.

A Meeting of Two Prophets’ crowning achievement was how it handled the incredibly difficult subjects encompassed in its narrative. By default, A Meeting of Two Prophets presents complicated situations and asks hard questions with no easy answers. (Sometimes with no answers.) The narrative itself is essentially an ongoing discussion about the nature of complex conflicts of love, family, friends, culture, religion, and all the obligations, duties and ties holding everything together—or occasionally, drawing them apart. Most of the discussions are between Mo and Moishe, and sometimes with family, friends, or religious/spiritual leaders. The best part? There is no moralizing, no black and white mentality, no fighting, or one-upping. Characters present what they know to be true and what they value, and the other character will reply in kind, noting where they are similar or where their views depart. We see Moishe’s family’s opinion on Israel (viewed separately as the holy land of Israel and the state of Israel) as members of the Jewish diaspora; we get Mo’s grandmother’s opinion as a woman who grew up there and his cousin’s opinions on the Muslims who will continue to live there in the future. Nothing is ever perfect; there is no easy answer.

However, I struggled with how A Meeting of Two Prophets is executed. The story beats are at the right place and aim for the right emotions, but overall, the narrative is weighed down with a slow start, unnecessary details, overlong and rambling internal monologues, and an indecisiveness and general lack of precision in the execution of chapters and scenes. In short, A Meeting of Two Prophets is bloated. A good deal of the opening chapter’s content can be condensed, cut out, or referred back to from a future chapter and have the same impact on the story. Scenes should always have a point; a character should enter and leave a scene changed in some small way. There are lots of overlong “transition” moments, usually at the beginning of a scene, with an overabundance of rambling details about waking up, going to the bathroom, eating breakfast, etc. It’s unnecessary to know every single time a character eats and it’s almost never necessary to know when a character pees. (Please note, not every food scene. Food and cooking are huge touchstones for relationships: between lovers, between family members, between one and their culture. Cooking for someone is an expression of love and I really enjoyed those scenes, such as when Mo buys breakfast for Moishe; when Mo buys breakfast for his grandmother; when Moishe helps cook Shabbos dinner and ensures the broth is clear, the way his mother likes it. Those moments speak to love.) A lot of scenes are very similar in terms of content when the boys are together (and sometimes when they aren’t) and unfortunately, this means they lean toward the forgettable side. Example: Mo and Moishe cuddled a lot, but only rode a banana boat and fell asleep together by the beach once, so that’s the scene that sticks out more.

Tasa concludes A Meeting of Two Prophets on a bittersweet note, which matches the overall theme and tone of the narrative, and closes both boys’ stories in a way that suits their individual character arcs. Again: Nothing is ever perfect; there is no easy answer.

Some loose ends and elements bothered me. Mostly, the cat in Mo’s first chapter who is pointed out and described immediately, then never appears again. Why spend so much time on an element that’s never mentioned again, especially at a key point in the book? Second, the rift that grew between Mo’s mother and her family back home. It’s hinted at a few times. His grandmother says it’s his mother’s story to tell, Mo meets back up with his mother, and… nothing. It’s a shame, because it would make such a great parallel subplot to the one with Moishe’s mother.

As for the setting, Tasa’s insight into Israel was one of the highlights for me. Solid descriptions, tons of information on individual places, and I enjoyed learning about things like different kosher labels. (Especially paired with moments like Moishe trying Pizza Hut for the first time!)

Characters—★★★★☆
I felt, at times, Tasa characterizes Mo and Moishe more on what they do rather than who they are. Example: Moishe always losing track of time or Mo loving books. Beneath these, the boys are quite similar. This is tricky because they are supposed to be this way to highlight how similar they are despite their perceived differences. However, this means their time together is (initially) peaceful and conflict-free: cuddling, kissing, swimming. This is more of a Your Mileage May Very instance: you’ll either love these moments or find them a little flat.

I enjoyed how their romance was this both this big, undeniable thing for both Mo and Moishe, but they came at it from such different places in their lives. Moishe’s life has more or less gone to plan so far and he is certain of his future: he’ll look for a fiancee in the near future, he’ll marry, he’ll continue his learning. Whereas Mo is uncertain: he’s only begun treating his depression recently, he’s taking days one at a time, he does not know how he wants to proceed with his life. This is reflected, in a way, in the narrative of the boys’ familial relationships. Like the curveball of his relationship with Mo, Moishe’s family encounters a shock that upsets how their lives have gone so far. The same way his relationship with Moishe helps bridge Mo to a new future, Mo’s trip to Jerusalem helps bridges the maternal side of his family back together.

Something I loved for both boys was how authentic their love for Judaism and Islam, respectively, was, and how strong their spirituality and sense of faith were. I feel like a lot of secular authors have tried and failed to capture that magnetic and undeniable pull and devotion the boys feel for their faith, coupled with the impossible situation they’ve found themselves in, and those depictions pale compared to what Tasa has written in A Meeting of Two Prophets.

Writing Style—★★★☆☆ (2.5 Stars)
A Meeting of Two Prophets is told in alternating points of view between Mo (first person, past tense) and Moishe (first person, present tense.) Both “voices” are fairly distinct: Moishe’s “voice” is more formal than Mo’s “voice.”

Tasa’s style is conversational, approachable, and generally readable. It is also unrefined, but not without promise. Paragraph structure, attention to detail, and conversational beats are solid; the problem is in the prose. Like the story, there’s an excess and a lack of precision. Tasa uses more words than necessary—often weak or filter words, like make and feel—to do the job a few, stronger words could. (Example: My mother’s frown made her look older than she was > My mother’s frown aged her / My mother’s frown added ten years.) This results in limp lines lacking the clarity and strength to hit the way the subject matter calls for. This also ties into some telling over showing issues. Now, there’s a bit of leeway in YA, but A Meeting of Two Prophets was heavy on stating emotions—I was glad, I was surprised, I was furious, etc.—and on internal monologues where the characters explained the obvious. Again, these lead to weaker moments in contrast to letting readers experience these emotions through the description of the sensation and in letting the readers experience the plot for themselves.

Also, the matter of “lost” commas. There are places in a sentence where a comma would naturally fall, and those commas simply aren’t there. It’s not always strictly incorrect, but it makes a sentence noticeably awkward.

Themes and Representation—★★★★★
I’ve largely covered the themes in A Meeting of Two Prophets in the “Story” portion of my review, but I’ll reiterate that Tasa tackles complex and delicate subjects like religion, family, societal demands, and the Palestine/Israel conflict with sensitivity, grace, and intelligence.

A Meeting of Two Prophets has #ownvoices Israeli, queer (general), and Chassidic Jewish representation, as well as Palestinian, gay and bisexual (specific), Muslim, and mental health representation. These all seem to be handled exceptionally well—I believe a dearth of sensitivity readers were involved—and particularly liked how Mo’s experience with medication was handled in a practical and undramatic way.

[Note: This is the second review I’ve written for A Meeting of Two Prophets. A Meeting of Two Prophets is a nuanced book that encapsulates multiple ideas and discussions, and I spent a week writing a review I hoped reflected those things. Then, WordPress ate it. I don’t know what happened; I’ve used WP as a blogging platform for various things for nearly a decade, and I know how not to screw up saving a post. Unfortunately, that review was kilometres better than this one. Tons better. Gallons better. Oodles better, even. Please accept this one regardless.]

This site uses Akismet to reduce spam. Learn how your comment data is processed.

🏳️‍🌈🏳️‍🌈🏳️‍🌈 What June releases are you most looking forward to? 🏳️‍🌈🏳️‍🌈🏳️‍🌈 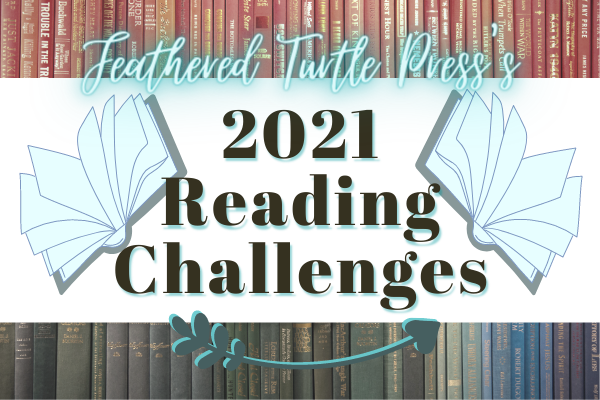 This was the pixture I meant to add to last week's #sixforsunday prompt, "A Rainbow of books." But I didn't get a chance to snap a picture until last night 😅
Did I miss March’s Wrap-up entirely? Maybe!
ARC Review | Pyotra and the Wolf by Elna Holst
🎉🎉🎉
🎉🎉🎉
🎉🎉🎉